The Designers Lighting Forum has a Kid's Night Out! 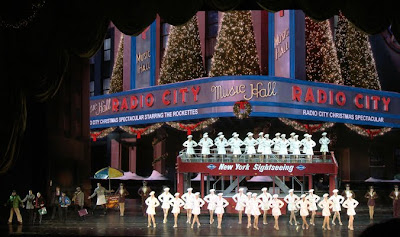 I'm always looking for inspiration for my lighting designs.  What better way than to visit places that are beautifully lit?  And - when my husband, Dwight Tobin, hears that anything has to do with theater, well, he always comes along.  Dwight is a producer/director who spent his youth working in the Public Theater with Joe Papp. So, this past Friday, there we were, together in front of an LED video screen that is 40 feet high and 90 feet wide as we stood on top of the stage where the Rockettes have been kicking off the Radio City Christmas Spectacular since 1932!  Imagine what it's like to stand behind that curved, velvet curtain that looks out over one of the largest venues built to accommodate both film and live theater. 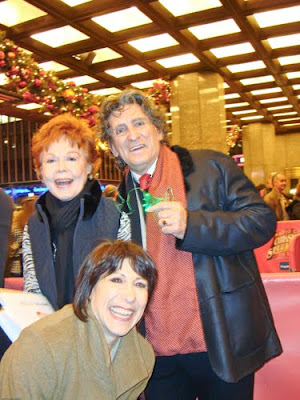 We were greeted by a tall, curly-haired fellow named Charles, waving a handfull of blinking Christmas lights.  He led us up the dramatic stairway, through the quintessential Deco lobby and into the theater.  The show boasts a 3-D opening which is worth the ticket. 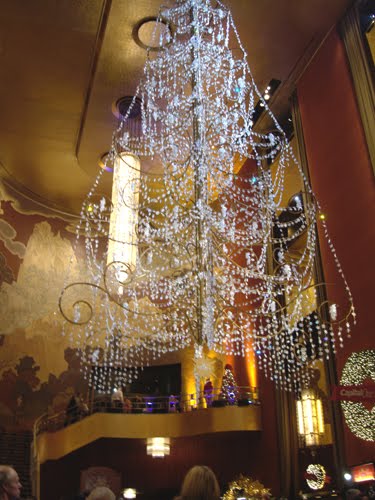 Afterward, we followed him again through the crushing crowds back in to meet the legendary theater's lighting designer, David Agress, who explained that until last year the LED screen was the largest in the world.  We were led past the control station of the hydraulic lifts that bring the scenery and actors up and down.  The dials, knobs and buttons are original and reminded us of a 1930's submarine! 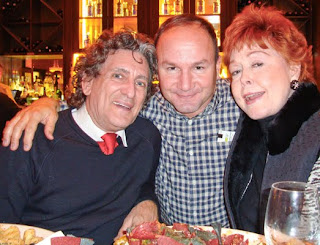 It was arranged by our friend Charles Pavarini III, an active member of the DLF (Designers Lighting Forum), a group of lighting professionals.  A portion of the evening's proceeds was donated to the Nukoll's Fund for Lighting Education.

It's all very impressive - but gosh - when we put on those 3-D glasses, everything seemed so real - and it was really cool to reach out as Santa flew by and grab for those gifts!