Who's Afraid of an LED?


Back in the 1890’s, when the first light bulbs became available, people were afraid of electricity so they added electric lights (turned downward) into their gas light chandeliers (turned upward).  The idea was to keep the gas capability as a back-up just in case the electricity blew up.  These fixtures were in fashion for about 5 minutes. 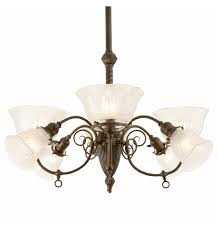 Yet, that’s what so many people are doing today – clinging to old technology when the newer one is an improvement over what they are accustomed to.

Forget about hoarding incandescent bulbs!  Here is what you need to know…


The first thing you must wrap your mind around is that LED is a different technology.

LED stands for “Light Emitting Diode”.  Diodes are chemically treated points that glow when electricity is run through it.

BENEFITS of LED over incandescent and fluorescent include:
Get the right bulb for each task and fixture:

The human eye sees LED lighting differently than incandescent – even at 2700K.  That’s because most LED bulbs have a CRI (Color Rendering Index) of only 80 as compared to incandescent which is 100.  LED bulbs carried by big box and hardware stores do not even indicate the CRI (and sometimes the Kelvin) on the packaging, but figure they’re all about 80.  Look for brand name bulbs that have a CRI above 90.  This makes a huge difference in how the light is perceived.

Dimming LED bulbs – requires a low-voltage wall dimmer. This is because traditional dimmers used for incandescent cannot sense the extremely low wattage these bulbs use.  For instance, a 40-watt equivalent LED candelabra uses only 4-watts!  Low-voltage dimmers are inexpensive and fit within designer wall plates such as Decora style.  Most will work with whole-house lighting systems such as Lutron.

LED replacements are available where you now use halogen, such as MR16’s (used in tracks and recessed fixtures), traditional incandescent Edison and candelabra bulbs, as well as tubular fluorescent shapes and outdoor par lamps.

LED bulbs that look and light like the incandescents you still love!
Now available through