Can't afford the time or money to go to Paris?  We just returned from a trip to Montreal.  Being in the lighting business I am always delighted to find new ways to use light.  The very first night, we went down to Old Montreal - the seaport area where 17th Century buildings parade along narrow, cobblestone streets. Montreal is an island named after Mont Real, a volcanic hill centered on the island, that is in the center of the St Laurence River. It's now a World Heritage site. 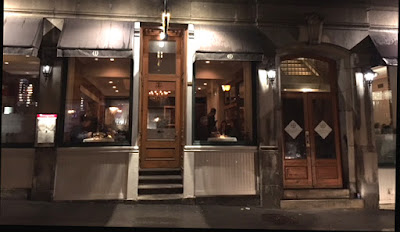 As we walked along Rue Saint Paul, we were entertained and amused by videos of carousing 17th Century people projected on buildings.  Every street photographs as if it is awash in sepia - due to the yellow-toned street lamps. 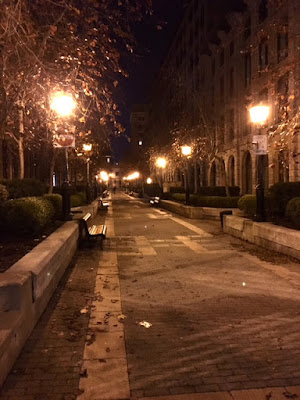 A popular destination is the Basilica of Notre Dam on Rue Saint Sulpice. The arched doorways and towers are lit and every evening, except Sundays, there is a light show inside the Basilica as well. 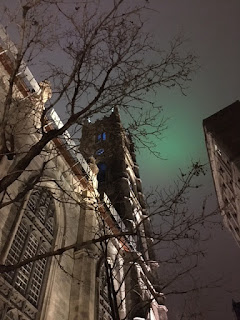 One evening, our Canadian friends took us for a ride up Mount Royal which became a park, originally designed by Frederick Law Olmstead, who designed Central Park.  At the top is a look-out point that rivals Mulholland Drive. The lights are quite fantastic as the City is going through a renaissance and the structures rival any in North America.

Nonetheless, you can still go to a local market center and find great bread and pastry that rival anything you can find in France... 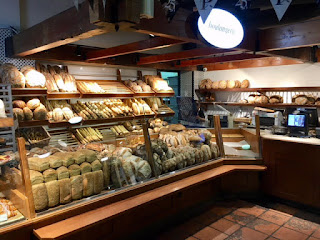 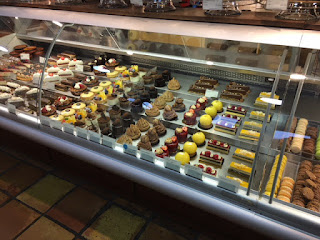